A number of businesses the world over, including in major Australian cities like Perth, are changing their attitude towards solar power, and taking the major financial decisions that such installations require. General incentives offered by state and central governments have facilitated this, and the limitless energy that the sun has on offer has encouraged the use of commercial solar power by Perth enterprises.

Investments on solar power offer savings in the long term, and fairly quick paybacks, giving a business protection against electrical rates which are constantly rising. Installations for commercial power are located on the ground or on the roof of commercial buildings. These installations made up of banks of solar photo voltaic cells, which convert the energy from the sun in to direct current. Most devices used in commercial production use alternating current or AC power, and the solar power installations require inverters also to be a part of the overall system, so that the direct current obtained from the voltaic cell banks is converted to AC power. 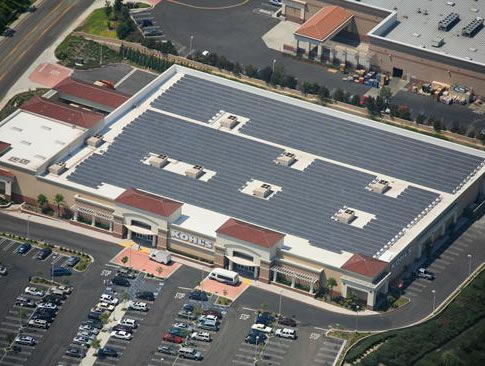 This power is then routed to the electrical panels that any commercial facility will have. If there is an excess of power, which the enterprise has no use for, all utility companies in Perth do allow this to be fed into the grid through the meter. This then causes the meter to move backwards and produces credit for the commercial entity. This net metering does require an agreement between the utility company supplying grid power and the commercial enterprise who has installed the solar power system.

Commercial power systems help to protect a business from fluctuations in energy rates, and allow a business to reduce its operating costs. The investments remain valid for decades, as commercial solar power systems require almost no maintenance, except for keeping the panels producing electricity, relatively dust free. This is true of systems that do not use batteries, which is easy for businesses that are also linked to electricity grids, and can be reasonably sure of the constant power that their production facilities require.

Commercial solar power makes a very strong statement of environmental awareness, and businesses can always advertise it as discharging part of their part of their social responsibility. The long term warranties given by most manufacturers of photo voltaic cells and panels, which can be as much as 25 years, makes investment in solar power a sound business decision, which is financially viable in the long term.